THE POKERSTARS AMBASSADOR AND ONTARIO NATIVE DEFEATS THE INAUGURAL ONCOOP SERIES, CAPTURING FIVE TITLES FOR A TOTAL PAYOUT OF ALMOST $17,000. AND ANOTHER FIVE DAYS REMAIN. 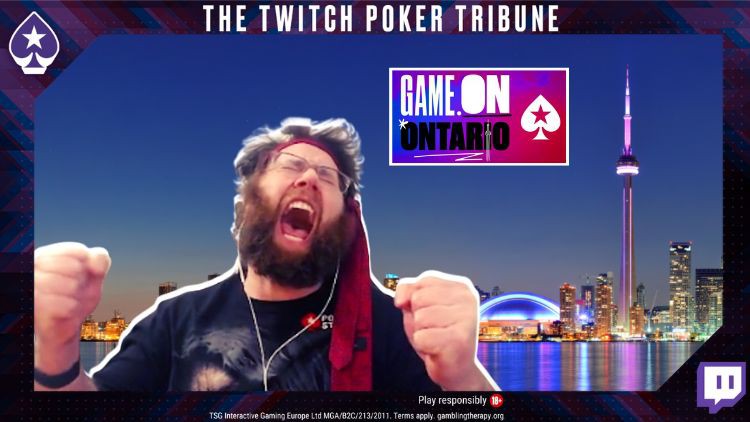 The series began on October 1 with a guaranteed prize pool of $2 million CAD and was unique to Ontario online poker players.

Shaban, a notable Twitch poker broadcaster and part of Team PokerStars, has already won five ONCOOP championships and is eager to win more.

Shaban has won close to $17,000 in only five tournaments after paying $740 in buy-ins. Also, this is not everything. Shaban also reached the final table in seven more events, bringing his total to twelve final tables in 46 tournaments, a very extraordinary accomplishment.

Last night, PokerStars tweeted the following question: “With five more days of games remaining, how many do you think he will win?”

Given his remarkable run, it would not be shocking to see him win further ONCOOP championships. There are around fifty tournaments remaining, including the major one: On Sunday, October 16, Event #61-H, a $200,000 guaranteed Main Event with a $500 buy-in, is set to take place. As the operator’s largest guaranteed event in Ontario, Shaban would undoubtedly have his sights on this event.

However, this is not the first time Shaban has dominated events. Since PokerStars became online in the province in late June, the native Ontarian has won over a dozen tournaments in the first two months.

The former Big Brother Canada candidate made an appearance on the PokerStars Blog with the headline “Arlie Shaban is CRUSHING PokerStars Ontario” last month, after two months of amazing performances.

We had no idea that his hot run would get much hotter.

The first ONCOOP series will continue till Monday, October 17th. More than $2 million is promised for the duration of the series, and over $1.2 million has already been earned. The next weekend will feature the most guaranteed events of the season, featuring two Main Events with guarantees of $200,000 and $40,000.

Previous articleWhat is a poker mining?

Next article What is an upstreak and how do you start one?